It has been unusually quiet on this blog for the last 3 months since I left Australia.

This wasn’t really intentional, but it just happened as I enjoyed a 10 week break between jobs and made the most of my time by unplugging for a bit and ignoring computer screens and keyboards as much as possible.

So here is a little recap before my usual blogging resumes with all those wonderful things that happen in the world of Tableau, Triathlons and Travelling…

So where did I go and what did I do?

Our first stop was a three day mini vacation in Bangkok where I pretty much just hung out by the pool, ate all the fruit I could get my hands on and soaked up the vibe of South East Asia.

Then we were finally off to Germany, our chosen destination for (ever?) the future from here on in. Thankfully, we already had our apartment organised, and with my parents as landlords there was a bunch of useful stuff and furniture setup for us.

The first few days were busy with unpacking of bags and boxes, as well as buying a new bike which I needed (kind of) for our next holiday and for training in the hills.

So 5 days after our arrival, we had packed up the car and made our way to Southern France via the Black Forest. We stayed in a small village called Barjac where my uncle has a small holiday house.

We spent 3 sun-filled weeks there, made a number of trips to the surrounding cities (Nimes, Montpellier, Uzes), visited markets, ate delicious food and relaxed a lot.

And I rode my bike quite a bit… I ended up riding around 1300km in June as I was preparing for an ironman distance Triathlon (relay: I was doing the swim and the bike) in July… 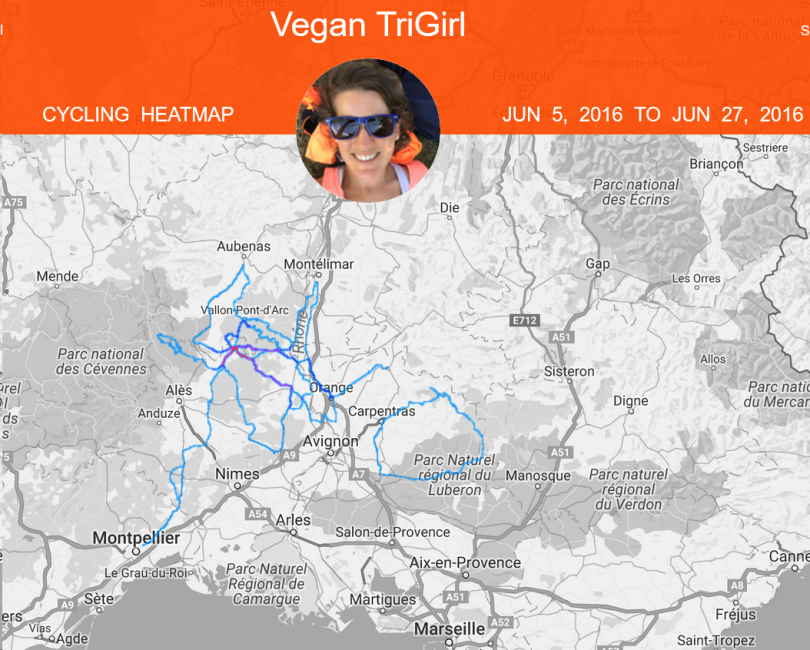 I had a bunch of glorious rides, which included a ride to the Pont du Gard, a 207km return ride to Montpellier, a ride in the Cevennes mountains, lots of rides around Barjac and the final achievement: a ride up to Mt Ventoux, back down and around for a 155km epic with 2600m of elevation.

Our France trip was finished with a stop in the French Alps in a beautiful town called Annecy:

Upon our return to Germany, it was time to get ready to party and race. In that order.

A big family get together for my parents’ birthdays filled a weekend with food, fun, kids, laughter and hugs, before it was time for me to really focus. Focus!

On July 17 I took part in the biggest race of my life to date. Together with a friend I formed a relay team for Challenge Roth, the biggest ironman distance triathlon in the world. I completed the 3.86km swim and the 180km bike ride before he finished with a 42.2km run.

It was simply amazing to participate. I hoped to complete the swim and bike in 8 hours, but would have been very happy with 8:15 hours. Well, I smashed it and handed over my timing chip after 7:31, exhausted and very proud… 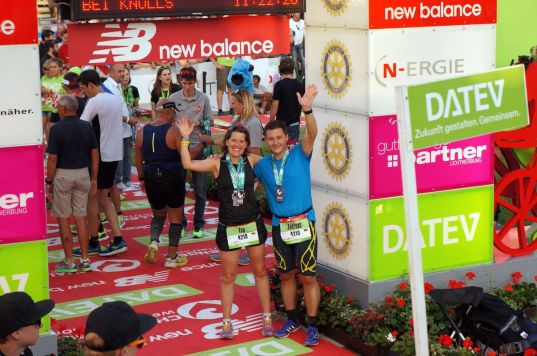 Finally time to relax a bit.

Paul and I visited friends in Munich, then mum and I went to visit my brother and nephews for a weekend. And that was the end of my 10 weeks off…

On 1 August I joined Exasol in an exciting new role as their Tableau Evangelist and as Strategic Partner Enablement Manager.

More about that is still to come, for now rest assured I am happy and settling into my new role with the new challenges, meeting lots of interesting people and soaking up all the new knowledge 🙂