The extend of my basketball knowledge is this: my local team, the Brose Baskets, are the German Champion and have won that trophy a few times over the years. I have been to exactly one of their games and while it was mad and exciting, basketball isn’t quite my thing.

Now of course I am always happy to learn something new, but to say I struggled with this week’s data is an understatement. It took me quite a while to figure out what I could do with it, what angle to take, etc.

Four Seed 1 teams in a single tournament? What???

Anyway, thanks to the patience of Andy as well as a few explanations by my colleague, Nic, I eventually got there…

And along the way I also had the pleasure to dial in to the Maine TUG hosted by Jonathan Drummey this morning, where Andy and I spoke to the audience about MakeoverMonday and they then went on to run a MakeoverMonday live session. Hope you guys enjoyed it 😉 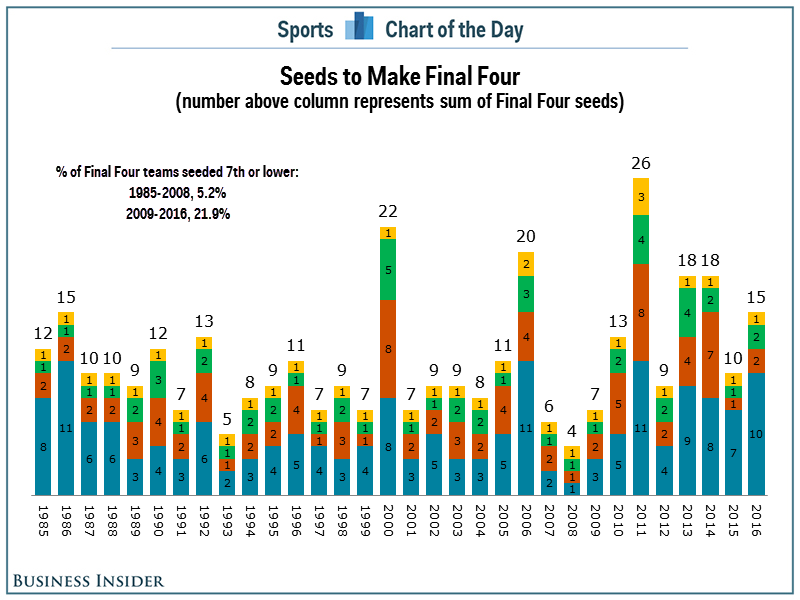 (Click on the image for the Tableau Public version)