Since Sunday I’ve been in Sydney, my home from 2013 – 2016, and without a doubt one of the most beautiful cities in the world. It’s great to be back and the weather has been really pleasant for most of the time.

While I am here on business, I was fortunate to have my visit coincide with Sydney TUG on Wednesday, 26 April. Fi and Mark run Sydney TUG and invited me to present something a bit interactive. And since my appearance at London TUG in March I have admittedly been enjoying these presentations and Tableau demos to the community, so of course I said yes. 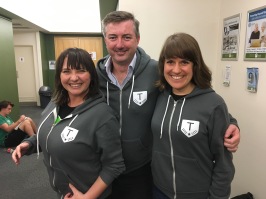 My talk was titled ‘Tableau Your Adventures – How visualizing fitness data can create a record of your most epic achievements and support you in achieving your goals’ and I was in my element :-).

The audience was great and I had a number of really interesting discussions with people over drinks and nibbles after the session.

Below are the vizzes I created with a couple of points for each outlining the reasons for my design choices. Click on each image to view on Tableau Public. Please note, for privacy reasons the workbook and data are not downloadable. 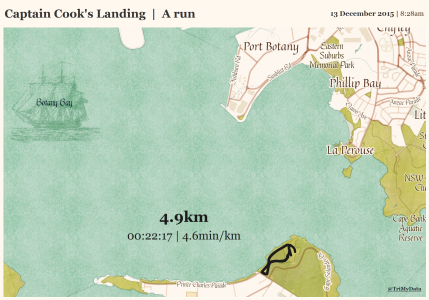 So that was my Sydney TUG presentation.

Now I’m looking forward to our Sydney #MakeoverMonday live event on May 1 at the Hard Rock Cafe in Darling Harbour.

If you’re in the city and want to join us, make sure you register as there are only a few places left.