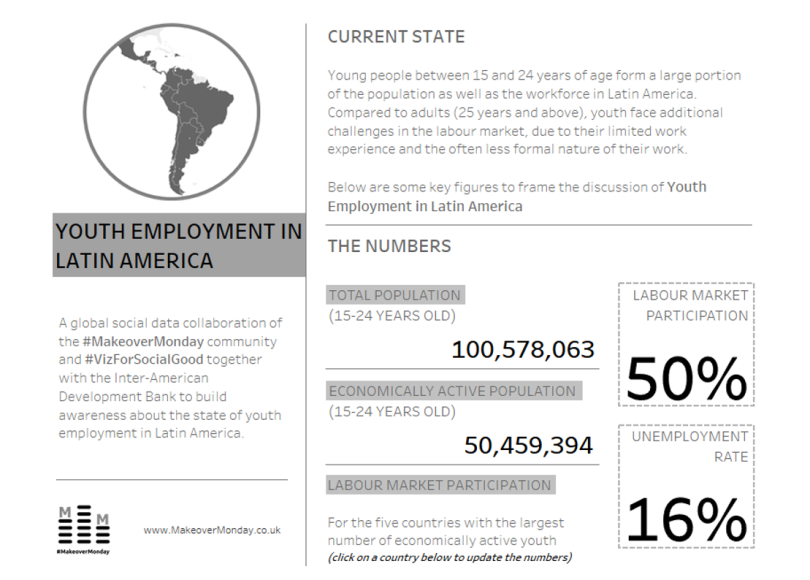 This week’s MakeoverMonday challenge was made extra exciting as we’re collaborating with #VizForSocialGood as well as the Inter-American Development Bank to give the community a chance to analyse Youth Employment data for Latin America.

Whether participants want to keep it short and sweet and participate ‘just’ in MakeoverMonday or stretch themselves further to create more elaborate dataviz stories for VizForSocialGood over the coming weeks, anything goes.

We and the IADB are excited to see what the community comes up with and the best work will be featured by the IDB to help them spread their message further.

We’re starting out with this viz in the original article.