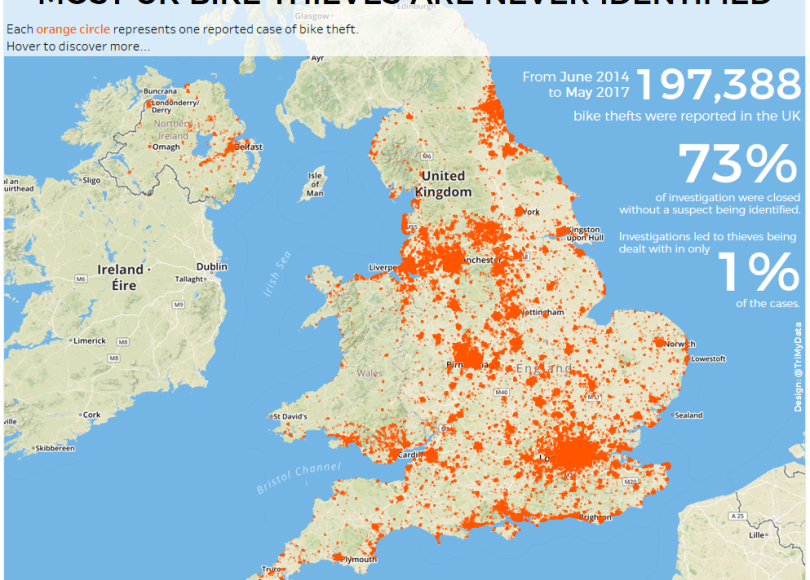 As I was travelling to London this morning with my bike in a big bag en route for my next and final race of the season this Sunday, the Makeover Monday challenge for week 37 seems to be right on topic: Stolen Bikes in the UK.

Let’s have a look at the original viz…