Last week we spoke about maps and visualizing geographic data more effectively. We ran a webinar with Mapbox and this week’s dataset contains Lat/Lon data so that everyone can apply some of the tips and tricks they learned last week.

For this week’s challenge Andy picked a dataset containing food and drink prices for Wetherspoon pubs around the UK. Yes, I continue to be amazed by the types of datasets that can be found in the wild. Who would have thought… (and we have a long list of topics for Makeover Monday for weeks, months and years to come hahaha)

This week’s viz is accompanied by a lengthy article about the analysis the Financial Times journalists went through to gain a better understanding of the pricing differences across the country for the exact same menu items including curries, burgers, desserts and drinks.

It makes for an interesting and entertaining read with a few remark that made me chuckle. Check it out for yourself here.

So this is the original viz: 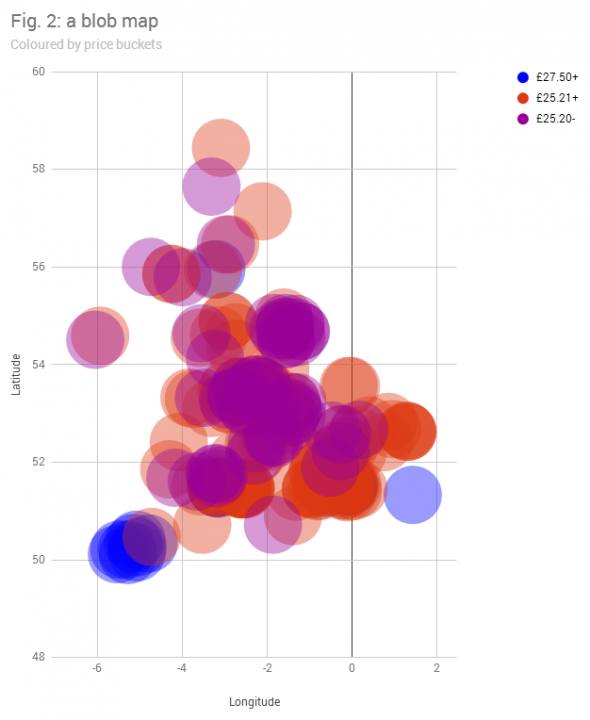