For this week’s Makeover Monday we’re using a dataset which both Andy and I wanted to use, but I added it first to our spreadsheet. Then he begged me to give it to him, so I agreed and in the end, he gave it back to me after using it for his last #WorkoutWednesday last week. Yup, that’s how things work at MM HQ and basically in the end I get what I want.

Which is the perfect segway to this week’s topic where I look at the question ‘What do women want?’

The dataset comes from Yougov.co.uk and has survey results that contain people’s responses to the question “Thinking about your personal preferences in a romantic partner, how would you prioritise each of the following characteristics?”

The original visualisation aims to show the responses through this chart: 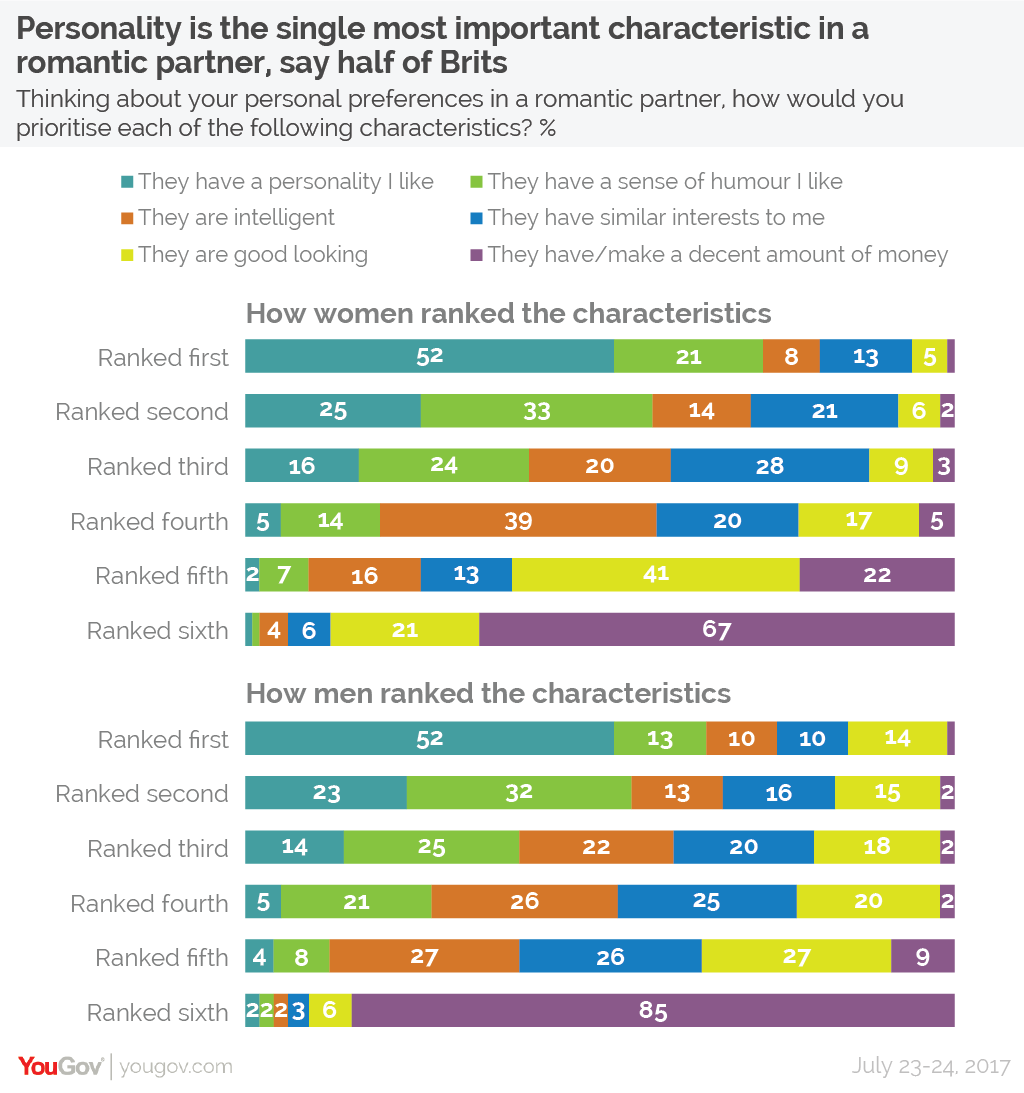