For week 9 we’re analysing data looking at a number of different economic indicators which in combination make up the summary index of economic freedom.

The original visualisation is a map that doesn’t tell us much at all and there are also additional charts we can look at on the website of the Fraser Institute which are not well designed bar and line graphs, so a makeover is definitely in order 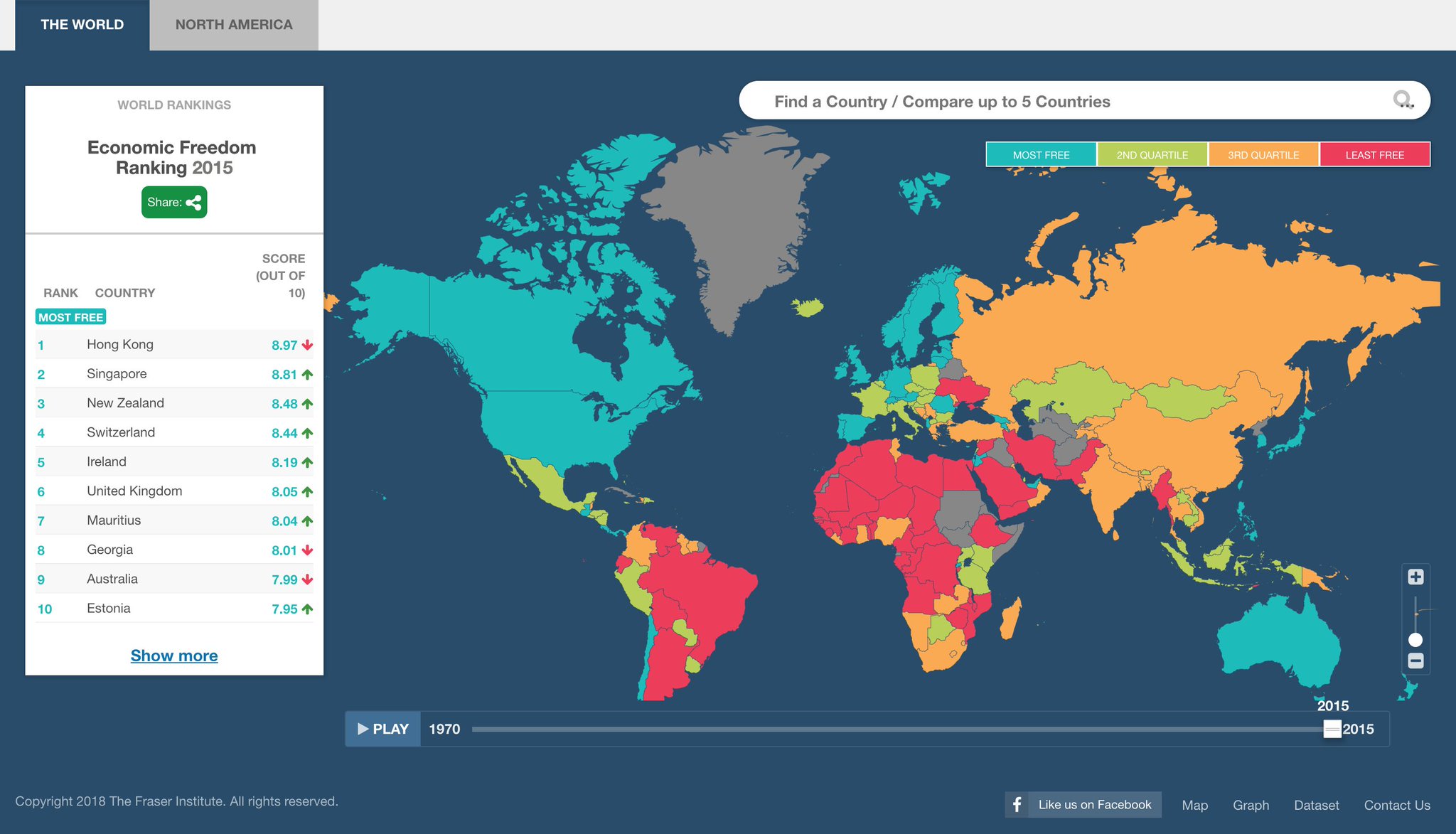 Link to the story