Here we go again: sports data. It’s not that I don’t like sports. Actually, I love sports. I love participating, but not watching in front of the TV. When it comes to football (or soccer as some of you call it), there is really only one tournament I watch. The World Cup. All the other leagues and cups, I don’t even know how many there are right now… I don’t need that much football in my life to be honest.

When I was younger I quite enjoyed watching the odd game of football, especially when I lived overseas and these games brought all the expats together in a pub at an ungodly hour in the morning.

At the odd occasion when I do watch sports now, it’ll be on a Sunday, following an Ironman race for 8 hours while going about my day. It’s fascinating and exciting and so much can happen in those 8 hours. And no one falls over because someone touched their shoulder…

Anyway, let’s stop the complaining and start this week’s Makeover Monday, which looks at the predictions versus real outcomes of the Premier League 2017-18 season. This viz and data comes from the Guardian. 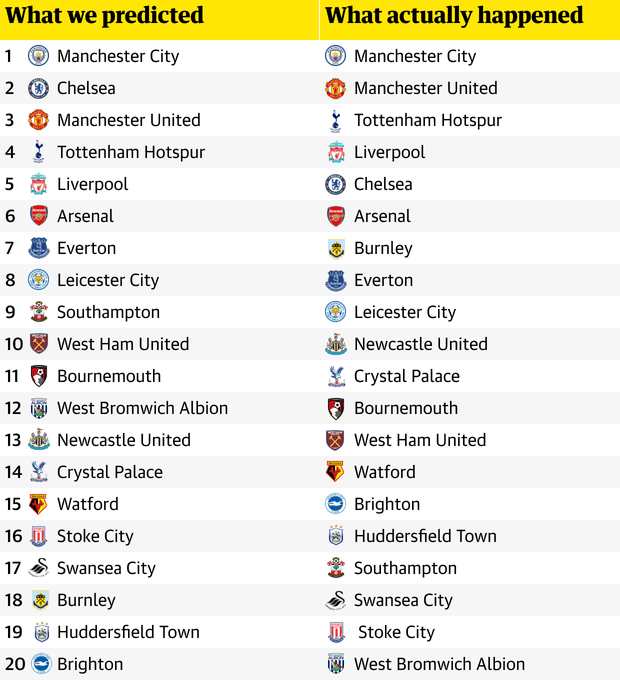