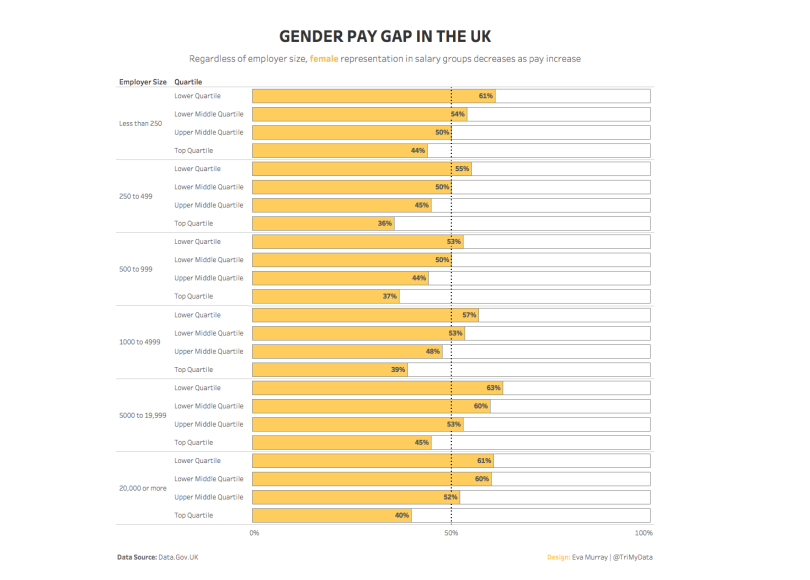 What a tough dataset Andy picked for this week. As much as I enjoy a good dig around the data, I do value my sleep and I’m missing out because I’m trying to make sense of this data.

With a topic like the gender pay gap, it’s not like I’m happy to just create some throw-away analysis and viz and be done with it.

Here is the original viz: 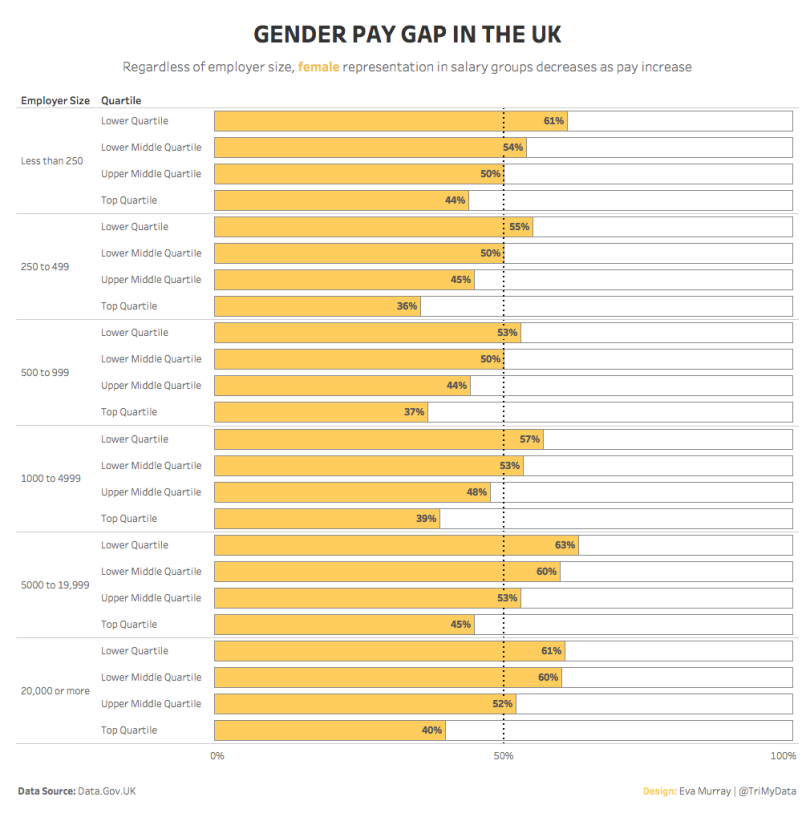