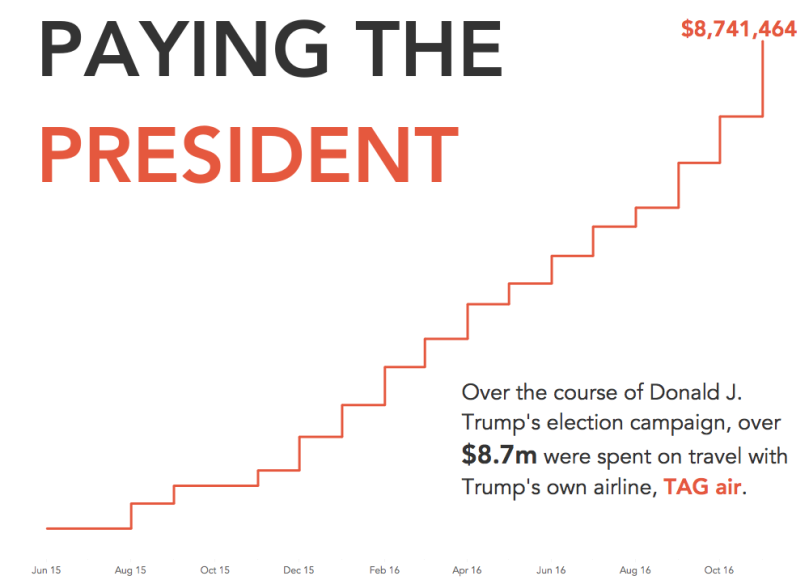 For week 37 we are looking at the spending of people and organisations with funds going to Trump’s companies. Interesting topic, even though I’m not a huge fan of political data because it typically infuriates me. Especially when Trump is involved.

The original viz is from ProPublica and shows the spending by the President, by campaigns and by government departments.